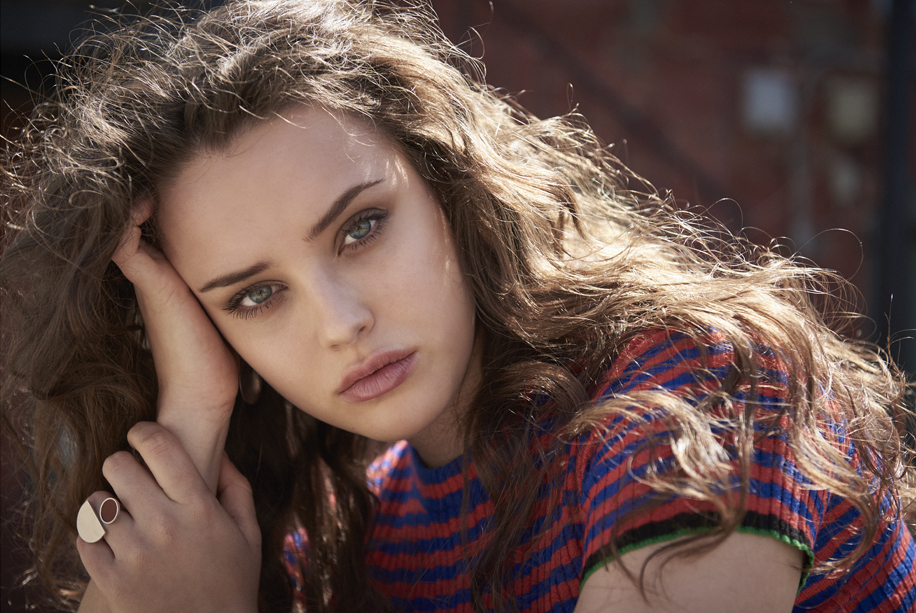 Katherine Langford isn’t like most twenty-year-old actresses. For one thing, her career path has been a very untraditional one to date. For another, she has only just “gone public” on Instagram. “It was a bit of a big decision for me actually, because I wanted to be an actor purely for the acting work,” Langford explains. “I have never been attracted to increasing my popularity or hireability by being on Instagram.” As the star of the popular and powerful new Netflix series 13 Reasons Why, Langford has experienced a year of firsts—her first television role, her first feature film, and now her first foray into the highly visible world of social media.

“I didn’t want to make myself a consumable product. I just wanted to be able to do my job and then disappear,” Langford says of making the leap on Instagram—where she has nonetheless quickly amassed over a million followers in about two months—although she admits that a fear of not taking “cool pictures” also played into it. Ultimately, the decision to put herself out there was inspired by fellow actress and 13 Reasons Why producer Selena Gomez. “Selena pointed out that the show is targeting young adults like me and that [social media] is a good medium to talk directly with those who relate to my character, Hannah.” Continue Reading…