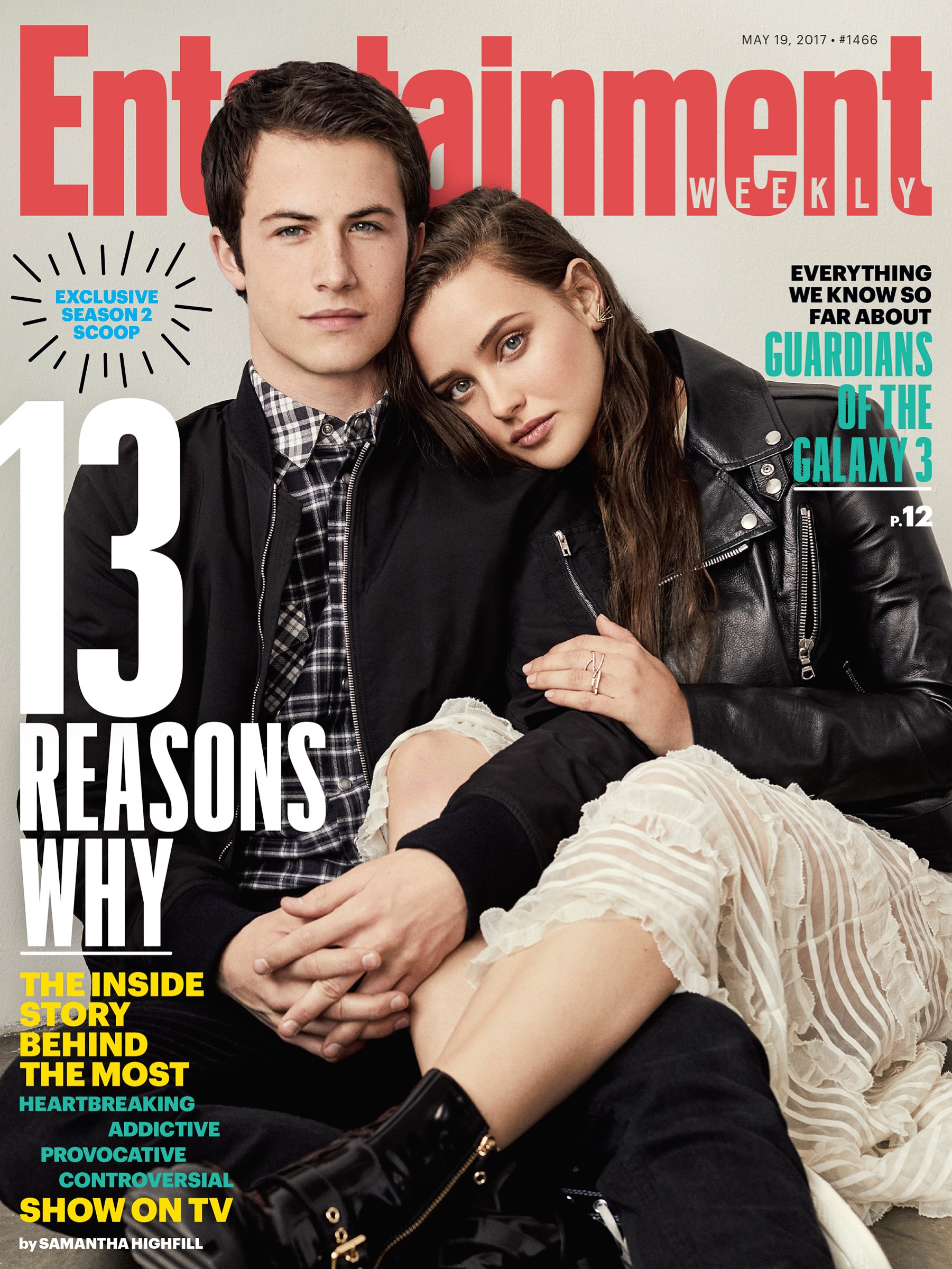 We added high quality digital scans of the May 19, 2017 Issue of Entertainment Weekly with Katherine & Dylan Minnette on the cover. Head to the Gallery to read the whole interview! For the photoshoot, backstage photos & high definition screencaps from the video backstage & interview head to the Gallery or check the post below this one!

Hannah Baker had a story to tell. And when 13 Reasons Why hit Netflix in March, the internet couldn’t stop talking about it. Three weeks after the show’s release, it had become the most tweeted-about TV series of 2017, with 11 million tweets. Whether it’s about the subject matter, the performances, or even the music, the conversation surrounding the show has been constant, making it a breakout hit for the streaming service — not to mention landing its original source material, Jay Asher’s 2007 YA novel of the same name, the No. 1 spot on USA Today’s best-seller list.