Published on In
Gallery Magazines Shoots

Katherine graces the cover of Marie Claire [May 2018]

Katherine is gracing one of the covers of the May 2018 Cover of Marie Claire. We added the high quality cover to our Gallery, and 2 high quality photos from the photoshoot! We’ll add digital scans as soon as possible! 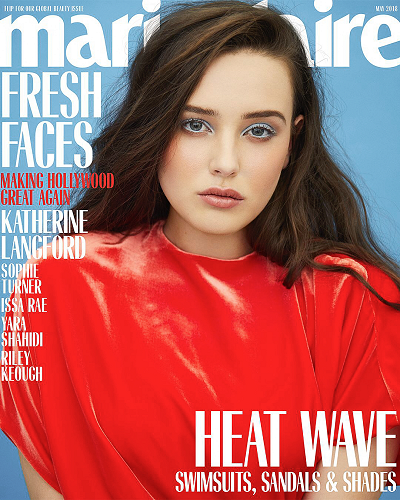 On how filming 13 Reasons Why affected her:
“It takes a toll emotionally and physically…Even if you’re not going through these things, you have to evoke it. It’s hard for your body to discern.”

On how Selena Gomez encouraged her to connect with her fans via social media:
“I want to be able to talk to them in a way that is helpful. But I need to give myself the time to be who I need to be.”

On the best part of going home to Perth, Australia:
“I like going out in outrageous costumes and weird makeup. Being in the public eye, you get robbed of your anonymity, then if people take photos of you dressed a certain way, it suddenly becomes your image. The wonderful thing about going home and having balance is that you gain freedom over yourself again.” 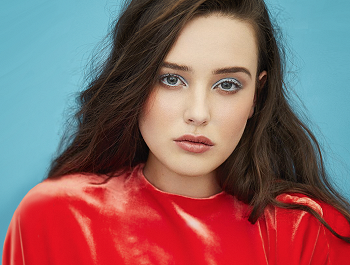 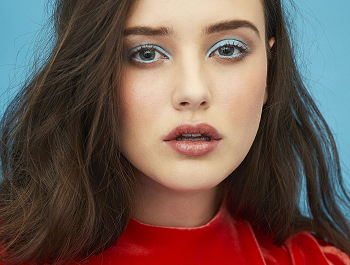 Katherine was photographed by John Russo for the Love, Simon Promotional Tour Photoshoot! We added 5 high quality photos to the Gallery! We also updated the Gallery with a few digital scans from The West Australian, Live 24 Seven, SAWeekend, Who & Woman’s Day mgazines. Be sure to check everything out in the Gallery!

Katherine is featured in the April 2018 Issue of Vogue Australia. The article features a brand new photoshoot taken by Robbie Fimmano. We added a few photos from the photoshoot and the digital scans to our Gallery. Enjoy ^^

For their 2018 May issue, ELLE Australia is launching five collector’s edition covers available for pre-order now. Katherine is featured on one of them! She was photographed by Simon Upton. We added the high quality cover to our Gallery, we’ll add photos from the photoshoot & digital scans as soon as possible!

The Golden Globe-nominated star of 13 Reasons Why and Love, Simon speaks about her involvement in the Time’s Up movement and choosing to work on projects that deal with issues such as suicide and teen sexuality: “A hugely fulfilling part of what I do is doing things that are meaningful… doing things that affect people in a positive way.” 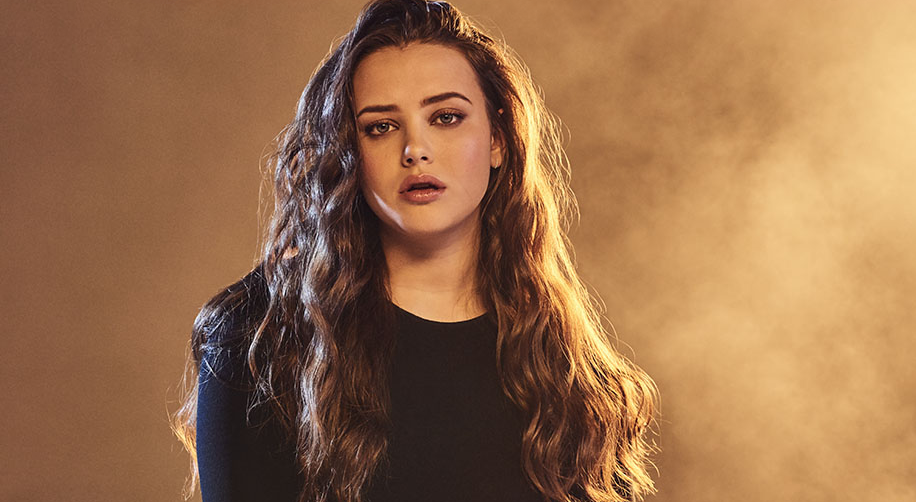 What does it take to be a rising star? When the Perth, Australia, native landed her breakout role as a bullied teen in Netflix’s 13 Reasons Why, she wasn’t even sure she could get a working U.S. visa in time. “They called me with literally 36 hours’ notice saying, ‘You’re leaving at 3 a.m. on Sunday, pack your bags,’ ” says Langford, who is currently in Northern California filming the second season of the breakout YA drama, which will feature her character in more scenes than even Langford expected. She’s also starring in Greg Berlanti’s coming-of-age film Love, Simon.

MY WORST HABIT ON SET : “Most of my set time has been on one show that is very intense. I slept a lot and was usually just very quiet.”
MOST EMBARRASSING AUDITION : “I met some producers, and we started talking about musical theater and Bob Fosse, and I stood up and did a Fosse jump.”
I’D LOVE TO HAVE STARRED IN: “A superhero movie or a musical or a Star Wars — I’m a huge Star Wars fan.”

No comments
Published on In
Gallery Magazines Screencaps Shoots 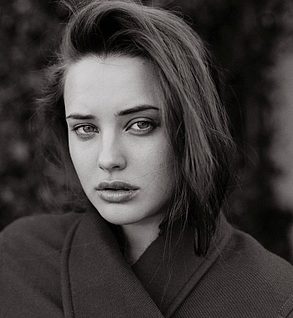 Katherine is featured in the August 2017 Issue of Flaunt Magazine! The article features a gorgeous new photoshoot Kat did with photographer Graham Dunn We added 8 high quality photos from the photoshoot to the Gallery and we also added screencaps from the backstage video. You can check out the video by clicking below! Enjoy ^^

At the center of it all is Aussie breakout star Katherine Langford, who plays the show’s main character – Hannah Baker. When I sit down with Langford on a Sunday morning, I quickly sense how invested she is in her role because she feels that this show can really make a difference.

“We cover a lot of personal issues that are really relevant,” Langford tells me. “As a young adult playing a young adult I’m not ignorant of these issues. These are things so many people go through. It really made me want to tell the story authentically and truthfully to do it justice.” Read the rest