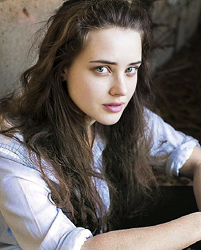 The astonishing run of young Perth actors hitting the big time is continuing. Now 19-year-old Santa Maria College graduate Katherine Langford has been cast in a new Netflix television series directed by Spotlight Oscar winner Tom McCarthy.
Incredibly, Langford landed a key role in this high profile adaptation of Jay Asher’s bestseller 13 Reasons Why after being pipped for a plum part in a major British series on the young Shakespeare by another Perth product, Olivia DeJonge.

WA Youth Theatre artistic director Renato Fabretti, who trained both Langford and DeJonge, says the WA talent boom is happening because our young actors are evolving away from the spotlight.

“They don’t get many opportunities in WA so in order to succeed they need a deep wellspring of passion,” Fabretti said. “And the evolution of technology means we can make world-class audition tapes and send them anywhere. There’s nothing stopping these talented youngsters from taking the world by storm.”