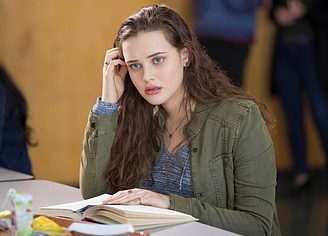 Netflix’s unflinching new drama 13 Reasons Why made some major changes from its source material, Jay Asher’s 2007 novel of the same name, but one of the most significant was the ending. Whereas the novel ends with 17-year-old Clay Jensen reaching out to a fellow student he thinks may be suicidal, the series takes a different approach by leaving viewers with several cliffhangers. Executive producer Brian Yorkey has already expressed interest in returning for a second season, but fans of Asher’s book are on the fence. Sure, it would wrap up the unresolved story lines from the first season — does Alex survive his suicide attempt? — but without Hannah Baker‘s tapes, and the

“I’d just like a continuation of all those characters,” the author told EW. “I’m curious as well. What happens to Clay? How do people react to what Alex did at the very end? What’s going to happen to Mr. Porter? I’d thought of a sequel at some point. I’d brainstormed it, but decided I wasn’t going to write it. So I’d love to see it.”

That’s not the only possibility Asher brainstormed: He also contemplated saving Hannah. In fact, in the book’s original ending, Hannah Baker survives her suicide attempt. Unfortunately, that’s not an approach the show can take, but it can pick up with Clay, Alex, Jessica, Justin, and Bryce (ugh) in the aftermath of the season finale.

“Things weren’t left open in the hopes of a sequel,” Asher added. “There is no end for the characters left behind. Every action we have is going to have repercussions in ways we could not anticipate. You realize that with not just what Hannah did, but also how other people treated Tyler throughout it. It’s the whole message of the book. Of course, there’s obviously ways to go with a second season if they do that.”

Still, there was something devastating and yet oddly satisfying about the messiness of the finale, mainly because it felt authentic to leave multiple stories open-ended. We don’t know what happened to Alex, nor do we know if Bryce will face legal ramifications for his vile actions. But isn’t that the way life goes? Not every story needs a perfect ending, especially one as emotionally gutting as 13 Reasons Why.